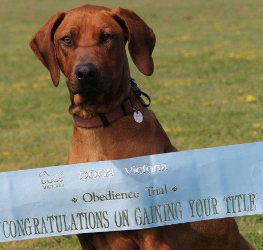 Fantastic news from Victoria today, with Zuri - Kushika Match Made Zuri CCD gaining her CD title last night. At just over 2 years of age, Zuri has now achieved the highest obedience award of our Kushika breeding.

This clever girl passed her first CD trial in September under Judge F Brueckner on 182 [3rd place] and was nicknamed as the "Black Caviar" of the dog world with 4 passes from a total of 4 trials, before her first miss at the PM trail ...although, to be fair, even Black Caviar never raced twice in one day!

Her final two passes were:

Only trialling a total of 9 times in Novice, and with excellent scores and fantastic placings [between 10 and 14 dogs in these trials], Zuri and her owner/handler Dr Tim Ryan are certainly a formidable team.

Bigest congratulations to you both on your latest acheivement and second Obedience title in one year! Simply amazing, and we wish you both every success in your future trials. 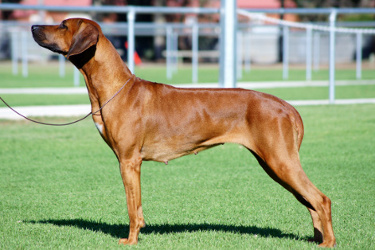 This award is calculated from the top 15 BOB/RUBOB awards for the Club year and Nia won it easily with only 6 BOB/RUBOB wins making up her winning total of 158. By comparison, the second place and Best Opposite Sex winning score was 88 from a total of 15 shows. 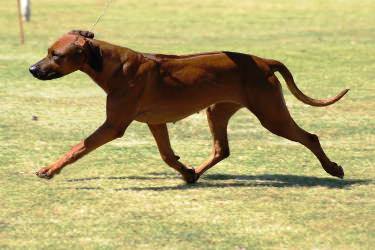 A big weekend with our first shows at DogsSA grounds since July. It was the Hound Club weekend, and with an Open and Champ Show running simultaneously [with the Open Show in reverse alphabetical order] it sure kept everyone on their toes. We only had one dog entered in the Championship show, but happy to say that following up from her lovely win at the NSW RR Specialty show, Nia was awarded Best of Breed at the Hound Club Champ Show with Anne's girl, Bid going Runner Up Best of Breed. Nia got a final run for Best in Show but was unfortunately knocked out of further classes by the Open BIS winner. 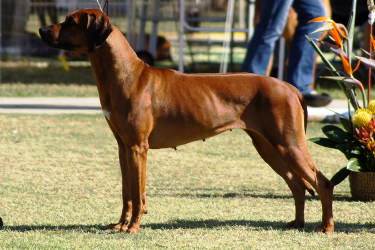 The final show for the weekend was the Hound Club of NSW Champ Show. This was a first time for us, and the grounds at Castle Hill were certainly interesting, with the sloping ring getting harder to run uphill every lap.

After two full days of showing at the Specialty we decided to mix things up a bit with a Funny-Monday of swap handling. I was very honoured to be allowed to handle Nia's sire, Ruger to the dog Challenge, and Dale handled Ruger's son Seger to Res Challenge. Ruger's daughters Asia took out a 25 pt BOB and Nia [also handled by Wendy at this stage] RUBOB respectively. Wendy also handled Tiger to place in the Intermediate dog class.

The weather was thankfully MUCH cooler and it was great to be able to catch up with other RR exhibitors past and present. It was a lovely day and lovely finish to a great weekend. 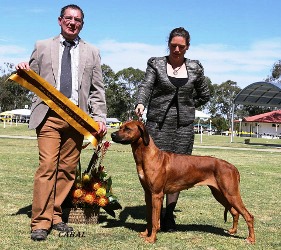 We enjoyed a fantastic weekend of showing at the RR Club Inc Specialty Show. We entered 4 dogs and came home with 8 ribbons so very happy with our show team.

Congratulations to the NSW Club on a very well run show and a beautiful trophy table, they certainly put the weather on for us as promised, although the 34C on Sunday was a tad hot for us cold Southern-staters! It was also great to have a little more time than usual to catch up with Wendy Lam and Dale Blinco and all the lovely Ruger progeny and rellies, and make some new friends over a bottle or few of wine of a night at the Taiping Hilton. 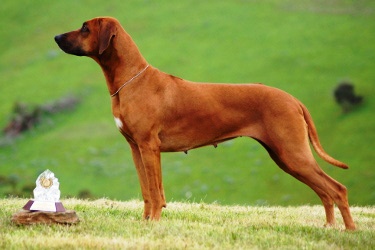 Today at the presitgious Royal Adelaide Show, Saran was awarded top honours winning the Open Bitch Class, Bitch Challenge and going on to win RU Best of Breed. Another lovely result for Saran just shy of 6 years of age and just over 6 months after the birth of her second litter.