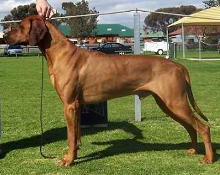 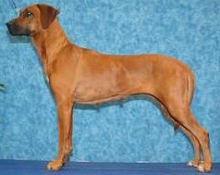 For Roedey's final litter we chose Buzz as the sire. The Buzz x Kierra combination produced us a beautiful litter, so this time we decided to put Buzz back to Kierra's mum, Roedey. This was a slightly closer Cousin-Cousin mating, again doubling up on the amazingly successful Ko x Chilli combination behind both paternal and maternal sides of the pedigree. We were again rewarded with a beautiful litter of 10 puppies. Of them, two were successfully campagned to the their Champion titles. Shaab remained with us at Kushika, and has achieved the highest of awards at Specialty level. Jarla went to live with Darren & Trish at Bartess Kennels in Victoria where she too has achieved many presigious awards at Specialty shows, and with her handler Trish went on to gain her Tracking Champion and Tracking & Search Dog titles - a first for Kushika in both disciplines.

Litter 5 has produced the following Champions